Share a memory
Obituary & Services
Tribute Wall
Read more about the life story of Jeanne and share your memory.

Jeanne Ellen Stansfield, age 85 of Hollandale died on Monday, October 31, 2022.  She was born on October 27, 1937 in Chicago to Harold Eugene & (Henrietta) Hazel (Campbell) Lachel.  Jeanne grew up in Chicago where she attended Catholic school.  Jeanne was married in 1953 in Algonquin, Illinois to David Charles Stansfield, Sr.  They settled in the Chicago area in a house where the runway for O’Hare Airport was eventually built.  They lived in the Chicago area until 1969 when they moved to Daleyville, Wisconsin, and then in January of 1973 they moved to their farm on Highway 39 in rural Hollandale.  10 years ago after her husband David died on September 21, 2012, she sold the farm and moved into the Village of Hollandale.  Jeanne worked raising her 8 children.  After she moved to Wisconsin she attended the Madison Technical College and earned her LPN.  She started her career working at the Methodist Hospital in Madison, Madison Oral Surgery, Ingleside Nursing Home in Mount Horeb, and then she worked as the church secretary in Barneveld.  Next she started a Parish Nurse ministry with the Pecatonica Lutheran Parish of Hollandale, Blanchardville, York Memorial and Trinity Lutheran Churches.  She was passionate about building relationships in her community with her patients and helping the community care for their health.   Her final employment was with the Dodgeville Hospital in the Home Health department.  In 1997 she suffered the first of many strokes that ended her years of employment.  She worked hard to overcome this and continued to work for her family and community.  Jeanne was a committed and active member of Hollandale Lutheran Church which became New Hope Lutheran in Hollandale.  She was a very active leader and member of the ELCA Lutheran Church women’s group.  Jeanne was very family oriented and loved her children, grandchildren and great-grandchildren.  Jeanne volunteered with the Cub Scouts, being Den Leader many times.  She was an amazing cook and served her family and community with her cooking and baking talents, including award winning pies.  She was talented at sewing, making clothing for her family.  Also crocheting, knitting and needle point.  She enjoyed attending theater and concerts, sometimes with her Hollandale area Red Hat friends.

The service will be livestreamed on the Saether Funeral Service Facebook page.

Rev. Chris Strohm of the church will officiate.  Burial will be in the Long Valley Cemetery in rural Hollandale.  Saether Funeral Service of Blanchardville is assisting the family.  Online memories and condolences can be shared with the family at saetherfuneralservice.com

To send flowers to the family or plant a tree in memory of Jeanne Ellen (Lachel) Stansfield, please visit our floral store. 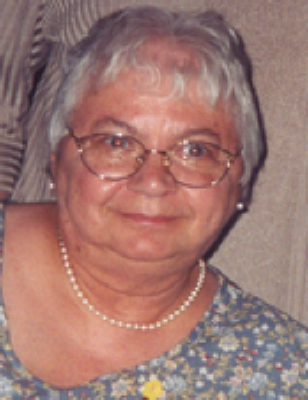