Share a memory
Obituary & Services
Tribute Wall
Read more about the life story of Shirley and share your memory.

Shirley Ruth Erickson, age 86 of Blanchardville died on Wednesday, July 13, 2022 at the SSM Monroe Clinic Hospice Home.  She was born on November 27, 1935 in Monroe to Sanford and Leona (Arn) Nybroten.  She grew up in the Argyle area on the farm with her parents and sister Doris.  She graduated from the Argyle High School in 1953.  Shirley started working as a teller at the First National Bank in Monroe for a few years, and then worked at the First National Bank in Blanchardville for over 30 years.  In 1988 she bought the S&D Riverside bar in Argyle which she operated until 2002 when the State of Wisconsin bought the bar to make way for a new bridge.  She then worked at the bar in Wiota for a couple years, and then worked at Charlton and Swiss Colony in Monroe until she retired.  Shirley was married in June of 1955 to Milton Erickson, Jr.  They were married for 25 years.  Together they had 4 children which they raised.  Shirley was an excellent cook, especially her canned pickles and Krub.  She loved shopping and craft shopping, and raising flowers and her cats, and Hallmark Christmas movies.  She loved decorating for Christmas and other holidays, leaving her Christmas decorations up for a long time.  Years ago her children enjoyed Sunday dinners at her home.  She always enjoyed having a beer with friends and family.

Rev. Chris Strohm will officiate.  Burial will be in the Adams Lutheran Church Cemetery in rural Argyle.  A catered funeral lunch will then be held back at Blanchard Hall.  Saether Funeral Service of Blanchardville is assisting the family.  Online memories and condolences can be shared with the family at saetherfuneralservice.com

To send flowers to the family or plant a tree in memory of Shirley R. Erickson, please visit our floral store. 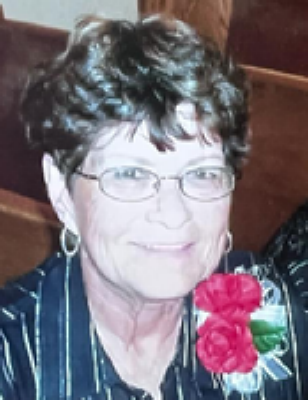 Please note
Funeral lunch is being catered by the Viking Cafe.