Share a memory
Obituary & Services
Tribute Wall
Read more about the life story of Shirley and share your memory.

Shirley Annette (Watson) Kevil, age 100, of Rivers Memory Care of Portage, formerly of the Colonial View Apartments in Sun Prairie, and formerly of Blanchardville died on Wednesday, July 6, 2022 at Rivers Memory Care in Portage.  Shirley was born on December 5, 1921 in Freeport, Illinois to Thomas Jefferson & Hazle Iona (Mackey) Watson.  She lived with her family and went to school in Freeport, Illinois until, when she was in Junior High they moved to Warren, Illinois where she graduated from high school in 1939.  That year their family also moved to Blanchardville where her father operated the movie theater.  She worked in the theater for some time.  During her life she attended the Madison Business College, Secretarial College in Milwaukee, and night classes at the school that later became Madison Area Technical College.  She entered the U.S. Army Air Corps during World War II, on August 22, 1944.  She worked in the parachute shop on a B-29 air base in New Mexico checking and dispensing parachutes to the aviators.  She was married while she was in service to James B. Roth in Alamogordo, New Mexico.  She was later transferred to the telephone office at the air base.  She was there and witnessed when the government was testing the first atomic bomb near the air base.  She was discharged from the Air Corps on October 25, 1945 when she was expecting the birth of their daughter, Karen.  She then returned to Blanchardville and lived there for many years, working as a teacher’s aide in the Blanchardville School.  She later moved to Madison where she did office work, and then later moved to Milwaukee where she worked in the office for the Greyhound Bus Line.  She ended up moving around the country for Greyhound.  While working in Kansas City she met Bill Kevil, and they were married.  She later moved to San Francisco, California with Greyhound.  She lived there for 5 years, until she moved to Los Angeles where she lived for several years and did office work.  She moved back to Blanchardville to help her parents in the early 1970’s.  She stayed with her parents until after their deaths, and then moved to Mount Horeb where she lived for about 8 years and worked for the State of Wisconsin in a program for seniors.  In 1985 she moved to Sun Prairie to live in the Colonial View Apartments and continued working for the State, for a total of 22 years.  She also worked at the Sun Prairie Library for many years.  In June of 2018 she moved to Rivers Memory Care of Portage where  she lived for the remainder of her life.

Shirley was an active member of the Sun Prairie United Methodist Church.  She was also a life member of the American Legion and the American Legion Auxiliary.  She loved writing, including years ago writing some articles for the Blanchardville Blade, a military article, and writing book reviews for the Dane County Senior Readers newsletter.  She loved cats, including her beloved cat Toupee.  She loved animals, and often cat sat for other people.  She loved traveling and visited Europe in 2002.  She was also on the Library employee social committee organizing activities and dinners.

A brief visitation and memorial gathering with Shirley’s niece, nephews and extended family will be held on Saturday, July 9, 2022 from 11:00 am until 12:00 pm with a brief service of sharing memories to follow at Blanchard Hall at 204 South Main Street in Blanchardville.

The service of sharing memories will be live cast for the public on the Saether Funeral Service Facebook page:

To send flowers to the family or plant a tree in memory of Shirley Annette (Watson) Kevil, please visit our floral store. 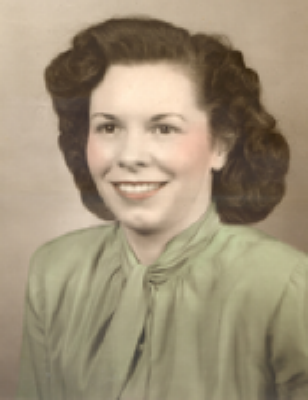